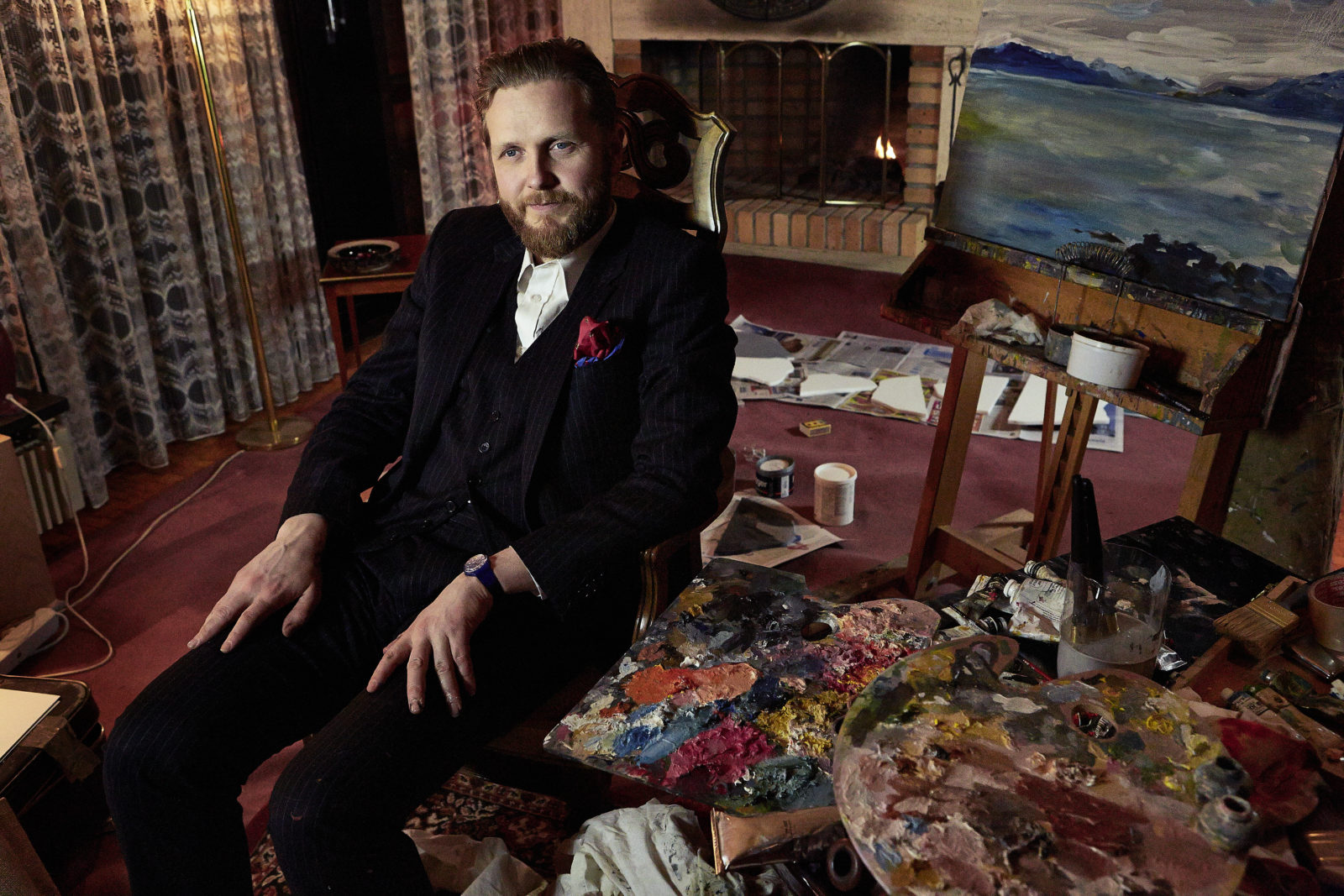 Artist Ragnar Kjartansson was awarded this year’s Ars Fennica prize. The Director of the Museum Tinguely in Basel, Roland Wetzel, selected the prize winner. His statement Wetzel refers to Kjartansson’s artistic practice as well as the topics he explores trough art: New forms of reconfiguring established modes of representation, humour and irony in questioning conventions, and the relevance of sound and music as ‘auratic’ aspects in creating specific space-time and collaborative experiences.

“With his presentation of The Boat, one of nine videos from the Scenes from Western Culture series (2015), Kjartansson addresses core subjects of his versatile artistic practice, which centres around topics and interrelations in music and theatre. The idyllic Swiss mountain scenery of The Boat provides the freeze-frame backdrop for an ever-repeating scene of a couple in love arriving at a landing stage. The heteronormative conventionalism and moral uprightness of the plot are emphasized through a seemingly endless loop in slight, chance-driven variations played off to the point of absurdity.

Kjartansson’s attitude to operating as a minimalistic Trickster is at the core of his manifold practice. The way he exposes himself or other actors as fragile personalities challenging failure, and his ambiguous inclination towards nostalgia and romanticism reflect his authentic and empathic oscillation between ‘playing’ and ‘being’. With his pivotal performances and films about music (making), he emphasizes collaborative work and friendship with a twist towards melancholia and meditation, creating this fascinating and irresolvable tension between the sublime and the mundane.”

The prize is awarded by the Henna and Pertti Niemistö Art Foundation – Ars Fennica sr. It is worth 40,000 euros and is now being given for the 24th time.

The Ars Fennica exhibition is open until September 8th. Voting for the Visitors’ Choice will continue until the end of the exhibition.

Read about the exhibition