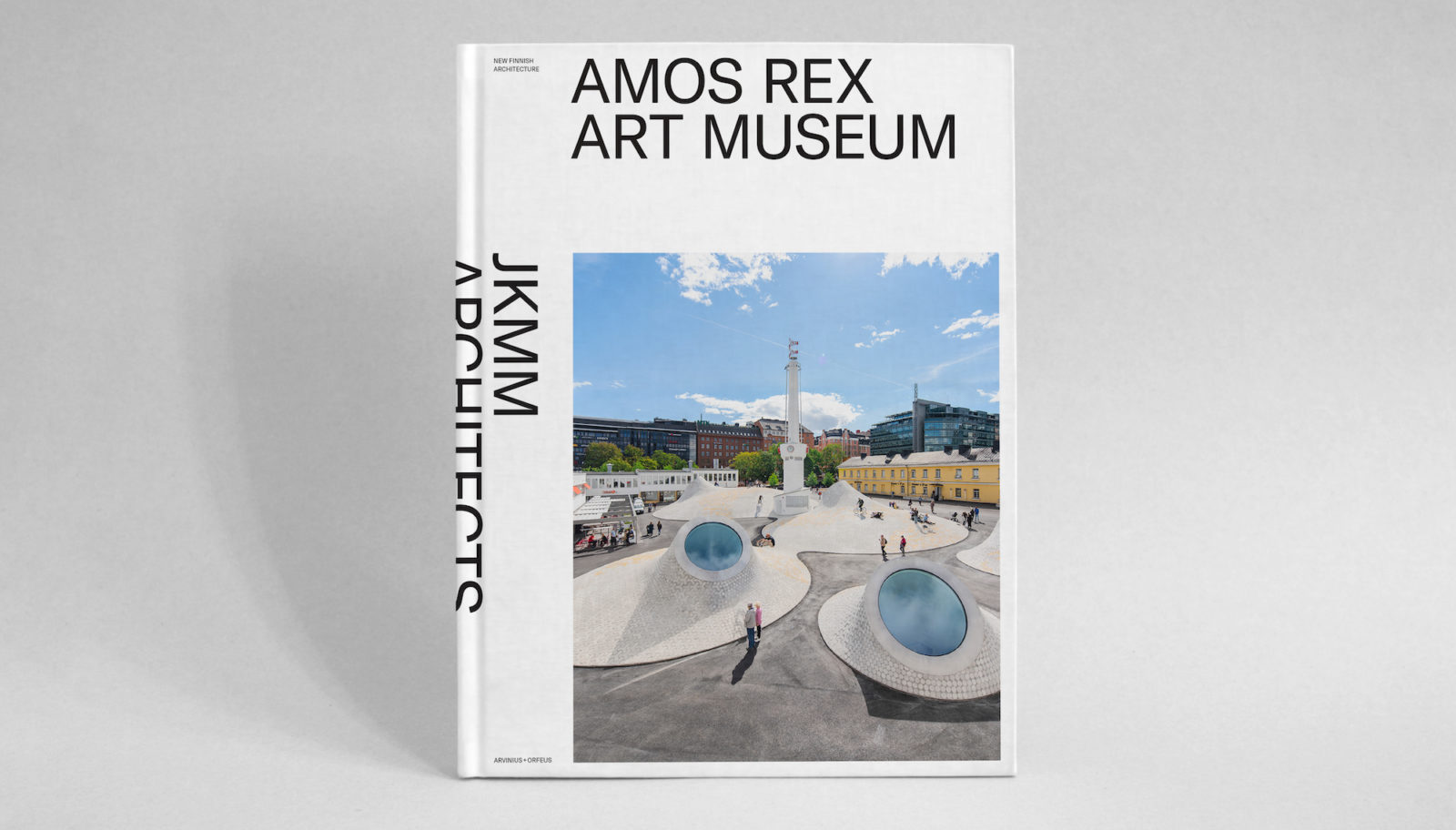 Dezeen book launch and talk on the homegrown urban museum

Described by the New York Times as Helsinki’s “New Homegrown Star”, Amos Rex Museum has been internationally celebrated as an original approach to museum architecture that is inherently urban. Designed by JKMM Architects, the museum’s sculptural roofscape has become a much loved new feature of Helsinki. Importantly, it provides a public space open to all, thereby connecting the Museum with everybody and anybody. Its underground galleries, too, are inviting and place museum pedagogy at the heart of the new building.

To celebrate the success of the Museum, Arvinius + Orfeus has published AMOS REX ART MUSEUM – JKMM ARCHITECTS with a critical essay by Lars Nittve about what makes meaningful museum buildings. Pre-order here.

On Tuesday 25 May, Dezeen are hosting a book launch to discuss some of the themes raised by AMOS REX ART MUSEUM – JKMM ARCHITECTS. What type of urban landmark should a museum be in the 21st century? How should museums connect with the residents of a city? Can they be a catalyst for a vibrant urban culture? What do ever-more traveled tourists expect to find in a museum? And who are our new museums really for?

These and other questions will be discussed by an expert panel chaired by Dezeen’s Deputy Editor, Cajsa Carlson

The panelists are:
Lars Nittve Named by Le Nouvel Observateur one of “The Fifty who Change the World” and for many years ranked as one of the top 10 museum directors in the world, Lars Nittve was the founding Director of Tate Modern in London (1998–2001) and of M+ in Hong Kong (2010-2016). He was also the Director of the Louisiana Museum of Modern Art in Humlebæk, Denmark (1995–1998) and the Moderna Museet in Stockholm Sweden (2001–2010).

Priya Khanchandani British writer and curator Priya Khanchandani is the head of curatorial at the Design Museum in London. Through exhibitions and text, her work pushes the boundaries of design and uses the material environment as a lens to understand the world in which we live. The first female editor of design and architecture magazine Icon, Khanchandani was nominated as Fiona Macpherson New Editor of the Year. After an early career as a lawyer at a magic circle firm, she began her arts career at the Victoria and Albert Museum and then at the British Council. She holds an MA in the History of Design with Distinction from the Royal College of Art and has curated at international forums and published widely on design.

Karoliina Hellberg Hellberg is a renowned Finnish Artist exhibiting at the Amos Rex Museum as part of the “Between Us” group exhibition (12 May – 5 September 2021) where three artists explore the dialogues that exist between the aesthetics of fine art and the built environment. This is a recurring theme in her paintings and installations too that focusses on real and imaginary places and the role of memory and symbolism.

About the book:
AMOS REX ART MUSEUM – JKMM
”A truly iconic museum without being at the expense of the art or its visitors!”
-Lars Nittve